Working at day (morning and afternoon shift) is normal working times according to human physiological conditions, but working at night would impact to the sleep cycle and regulation of human homeostasis. Various studies have found that working at night causing conditions that can interfere the ability to adapt both biologically and socially. Workers on the night shift also have a higher risk of injury or accidents due to work fatigue. This stydy aims to determine the fatigue score between night and non-noght shift workers at Dr Harjono S Hospital, Ponorogo. Data Collected in August 2019 and involved 80 medical workers as respondents who were randomly selected using simple random sampling technique. Data were obtained through direct observation and interviews to respondents. Fatigue was measured in numerical score with Fatigue Assesment Scale (FAS) Instrument. Work shift variables (WS) are divided into : non-night shift (morning, noon) and night shift (morning, noon, night). To find out the differences in physical conditions of workers in each shift, the Heart Rate (HR) of the night shift workers measured in the end of three shifts (morning : 07-14.00; Afternoon : 14.00-21.00; and night :21.00-07.00). Using independent T-test analysis, there was a significant difference in Fatigue Level of workers with night shifts and non-night shifts (p < 0.000). Workers with the night shift has 29.0 of Fatigue Levels or 21 % greather than workers with non-nigh shift (Fatigue Level : 24.2). Result shows that working at night increasing level of fatigue by 21 % than working at day. Workers on the night shift have the highest HR at the end of the shift (86.311 bpm) while workers at noon shift have the lowest HR (85.2). 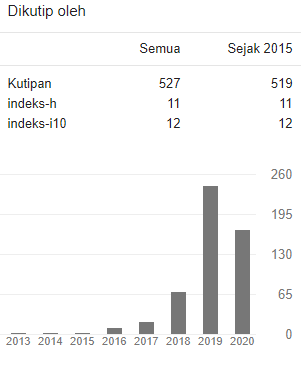